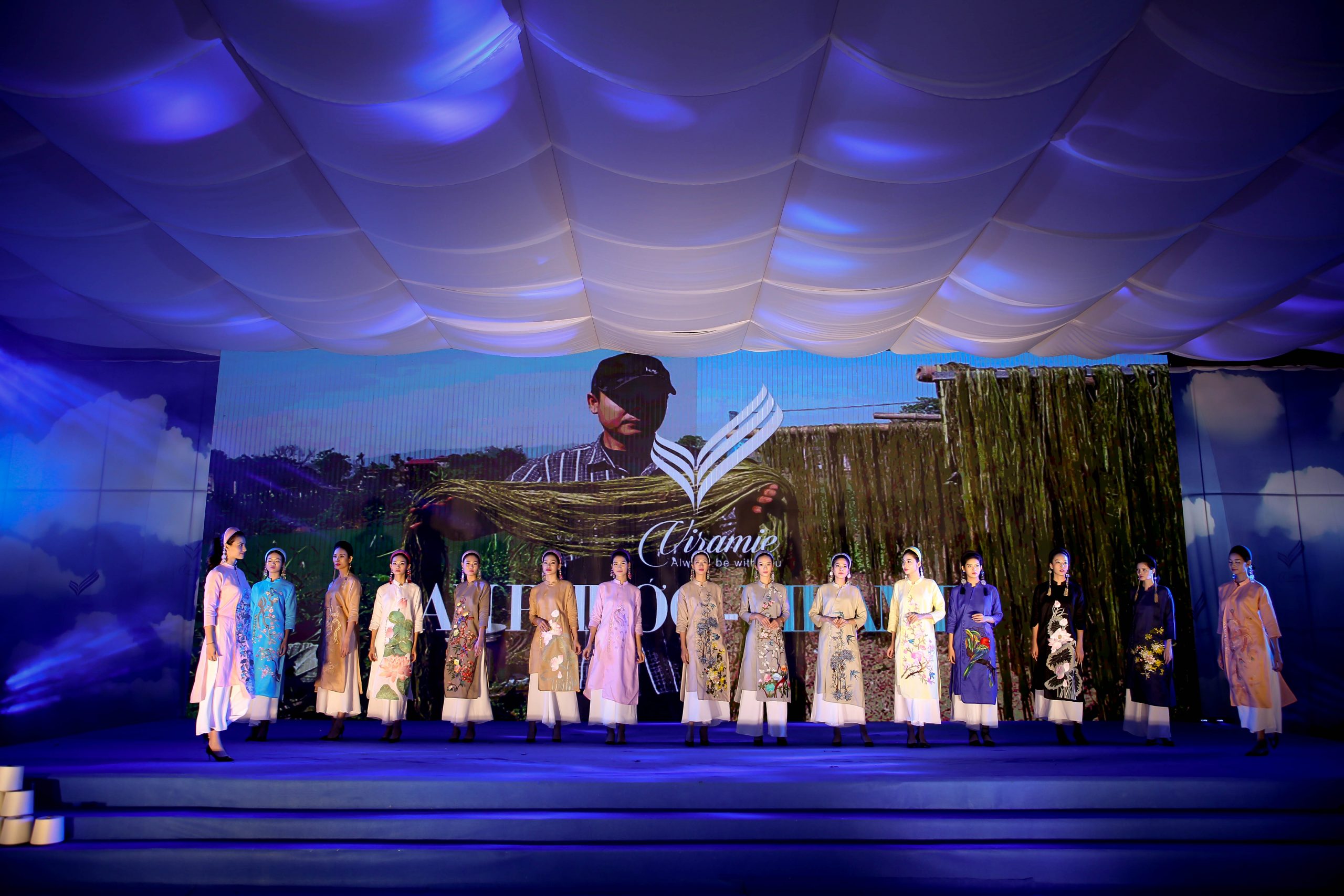 Ramie (scientific name is Boehmeria Niveda), is a type of textile material of the cellulose family that has been known for more than 3,000 years BC in Egypt and is currently favored by consumers in Japan, Korea and Western Europe. Ramie yarn has many advantages: Waterproof, high strength, shiny, resistant to bacteria, does not smell in wet conditions (very suitable for the production of military clothing).

The special ultra-fine microstructure inside the ramie yarn gives it a strong adsorption capacity and can absorb harmful substances such as formaldehyde, benzene, toluene and ammonia in the air to eliminate odors. After exposure to sunlight, the adsorbed harmful substances can be evaporated, so the adsorption function can be automatically regenerated. Ramie yarn is rich in natural trace elements, which can inhibit the growth of bacterial aphids, and play a role in antibacterial and anti-odor. Experiments have shown that the same number of bacteria are observed under the microscope and that bacteria can multiply in cotton and wool products, while the bacteria on Ramie products were killed about 75% after 24 hours. Effectively limit the secondary contamination of bacteria in textiles. 99% inhibition after repeated washing 50 times.

Ramie yarn has a reputation as the “King of vegetable fibers”. Compared with other fibers, ramie yarn has a single cavity structure with a groove in the middle and the wall of the porous cavity, so the permeability – air and moisture is about 3 times higher than cotton yarn. Besides, these cavities keep the temperature of the ramie fabric surface consistent with the temperature of human skin. Therefore, wearing ramie fabric is cool in summer, comfortable in winter. With the humid tropical monsoon climate, ramie fabric is really like a “natural air conditioner”.

Protect health and the environment.

Ramie yarn can prevent skin allergies and itching. Because in the growth process of ramie do not need any chemical drugs. Ramie has its different defense mechanisms against pests. This is a typical green environmental protection crop, becoming a rare resource for ecological protection in the world.

The ramie fabric does not contain any harmful chemical ingredients and has been tested by many countries to meet infant standards.

Ramie yarn has a UV transmittance of less than 0.6% and its UV resistance is 41.7 times that of cotton. Therefore, Ramie can effectively block human ultraviolet radiation without causing skin irritation.

Ramie material is naturally anti-static, not easy to absorb dust, and it plays the role of optimizing environmental protection for your respiratory tract.